The limited edition Havaianas made with Swarovski

My new pair of Havaianas. These are my third, actually. Love them!

BLINGY FLIP FLOPS? WHY NOT

Once upon a time, there was a simple type of footwear, worn in a very casual way, mostly at the beach, named Flip Flops.

And now, there’s Havaianas! Not your typical (read: simple) kind of flip flops, they have come far long the way since their first pair in 1962. Made out of a secret 100% rubber formula that don’t smell and lose their shapes, Havaianas is one global fashion phenomenon. The explosion of colors made them fashionable and fun, yet very functional.

Their playfulness didn’t stop there, apparently. To celebrate this festive season, Havaianas collaborated with Swarovski to add those bling to your feet. The best part of all: we can make our own Havaianas. Customized and personalized right to the bling!

I was invited to their event yesterday at Galeries Lafayette, Jakarta, Indonesia. At their pop-up booth (located at level 1), me and fellow bloggers were “challenged” to be our own designer for our own pair of Havaianas with crystal pins from Swarovski. To tell you the truth, it was so hard to pick only one out of 10 color choices for soles, metallic straps and those bling-bling Swarovski pins. I almost changed my mind couple of times. Haha.. But, in the end, I decided to go with Lime Green Soles, Pool Green Straps and the classic Crystal colored Swarovski pins.

The first step of Make Your Own Havaianas is to pick your Havaianas color combination from the wheel. Spin the wheel to see what colors you love most. Either match them, or (I personally suggest) mix them up to create a playful flip flops. Pick the soles and the straps (Rp 349.000), then crystal pin (each Rp 49.000) from Swarovski. You can also locate your pin position, to make them more comfortable to wear. After you picked them all, you can see personally how the Havaianas team at the booth created your Havaianas on the very same spot. It was really fun to see them made the sandals (how they made the holes and put on the straps and pins in it). It took about 5 minutes for the team to create my new pair of blingy flip flops (yeay!). After finished, the pair were put inside a black zipper travel pouch, perfect for traveling.

Better hurry, because Havaianas pop up booth at Galeries Lafayette, Jakarta, Indonesia, will only be there from now till Christmas (Dec 25, 2013). If you’re not in the mood to create your own Havaianas (WHY?), you can also purchase a pair of limited edition Havaianas Slim Crystal Mesh in black or white soles (Rp 899.000 each) which were displayed at the booth. The Swarovski crystals are handstitched and sold with beautifully gift box in a Havaianas velvet lined hard case, perfect for Christmas present!

WHEN TALE OF THE GODDESS TOLD BY THE KNIGHTS …

Pardon me for such late post about the most anticipated closing event from Jakarta Fashion Week 2014. Friday, October 25, 2013, when 5 of famous Indonesian designers (FYI, all male) presenting their collections.

Under the theme, “Tales of Goddess”, the designers showcased their interpretation of modern Goddess and I was blown away. Of course, a closing event has to be ‘something’ right? That’s why Dewi Fashion Knights always intrigued me for the whole concepts which brought dearly by each designer involved. They impressed me right down to makeup and hair, shoes, head pieces, hair accessories and leggings! Deep fashionable thoughts were made for this show, I believe. Just check out the pics above if you don’t believe me.

I have to admit the most wearable collections of them all was Populo Batik. First timer to Dewi Fashion Knights, Bai Soemarlono and Joseph Lim, the designers behind Populo Batik presented more than just traditional batik (all made by hand by their artisans in Yogyakarta). More contemporary batik were shown with casual yet modern cutting for women and also men.

Also a first timer, Toton Januar. By the way, he’s the youngest of all knights. But that certainly didn’t stop him to catch up with his seniors. With Indonesian seas as his inspiration for his ultra modern collection, he used lots of silk & brocade with (of course) sea colors tones. But I saw lots of white, off white to be exact. And I particularly love the sheer leggings embellished with coral embroideries. Yes, some of Toton’s dresses used traditional embroidery from West Java & Sumatra.

Mixed of colors were shown at Oscar Lawalata’s haute couture collection. I love all the black ones (obviously), with more edgy touch to them. Even though some of the brighter colors have their interesting patterns, considering that those simple dresses were made by Moulage technique. (that should explain the beautifully draped dresses!)

Let me just say something about Priyo Oktaviano. For me, he’s like the most friendly and approachable designer I’ve ever met. And…he’s very into intricate details. Just look at his couture collection, named Galore. Inspired by French Baroque, with traditional handwoven Tapis (traditional textile from Lampung, South Sumatra), his collection looked very glam.

Tex is just being Tex. Need I say more? But being backstage with him before the show, I can see why. He personally watched Qiqi Franky (the head of makeup & hair do at Jakarta Fashion Week 2014) did his models’ hair for his show, which was waxed with black mud. And he personally put his edgy tiara on his models’ head afterwards. That’s Tex!

So do our skin.

For me, I don’t need breakthrough research and surveys about how lack of sleep can do bad things to my skin. The result(s) will be seen instantly in the morning, when my beauty sleep was lessen due to lots of things. Surely, they don’t call it ‘beauty sleep’ for nothing. Eyes look dark and puffy, and worst..skin look dull and prone to acne.

Seriously, how on earth does sleep can save our skin? Well, according to medical research, lack of sleep leads to increased levels of stress hormones in our body. It can cause inflammation within the skin that subsequently leads to an acceleration of aging. Sleep deprivation also reduces our skin’s ability to stay hydrated and supple, leading to   a dull & dehydrated appearance. And…those with poor sleeping habits might have trouble with skin sensitivity and irritation due to a reduction in the skin’s ability to protect itself from chemicals & pollutants in the environment.

It’ll be nice to know, that our skin have their own ability to repair themselves at night. But it’s hurtful to know that as we age, our bodies naturally produce less melatonin, which affect our skin’s ability to repair itself at night. So, what to do? I love slathering on serum and cream before I go to bed every night, knowing that we naturally lose moisture during sleeping time. And lately, my favorite will be Estee Lauder Advanced Night Repair Synchronized Recovery Complex II. The 2013 version of their best selling and iconic Advanced Night Repair serum, combined the process of purification & synchronizing of night time repair so skin will look better and younger.

At the press launch, the Estee Lauder Indonesia’s team applied it on the back of my hand, let it soak for two seconds, and sprayed water on top of it. They told me to flip my hand, and what do you know…the water didn’t fall down! It surely acts as moisture magnet and deliver non-stop hydration for the skin. The other additional benefits are anti-pollution technology to reduce the appearance of skin damage caused by UV rays and pollution, anti-oxidants to protect and repair damage to skin from daily ravages and hyaluronic acid to keep skin hydrated.

Easily absorbed with no scent, I use one pump from the pipette every night on my face and neck area before my usual night cream. The result after I use it for almost a month now: let’s just say, my skin looks well rested in the morning even if the owner did not.

Thanks to Living at The Papilion, I was able to meet the person behind the fragrance I’m wearing.

Francis Kurkdjian, Master Perfumer, Co-Founder of Maison Francis Kurkdjian Paris was here in Jakarta, Indonesia yesterday. And lucky me, I was invited by Living at The Papilion to meet him and had a chat with him & fellow press. Check out my twitter @shintarosvita for my pic side by side with Francis!

Why body cream? “Body cream is important. Some people just like to wear body creams only. And I think it’s important to have consistency in the range. They’re a favorite in the US and Europe. Very good for the skin as they’re very rich,” said Francis.

Surprise, surprise…In my lazy (OK, super lazy) days when I didn’t even bother to spray any perfumes, I always count on my shower gel and body cream. But what do you expect if you purchased those typical shower gels or body creams from the grocery racks? Scents will be gone once you walked out that door. So, imagine my happiness when my favorite perfume now has a scented body cream. Not just enhancing the perfume, the body cream is nourishing and moisturizing (thanks to Shea Butter extract as one of the main ingredient). And lately (thanks to aging), my skin needs more than just ordinary body lotion which didn’t work well like it had before. So, body cream in thicker texture is my skin savior, especially if I have to spend time indoor with AC on for 24 hours. My favorite? Maison Francis Kurkdjian Aqua Vitae Scented Body Cream. Carrying the same fragrance whose name it bare, (Aqua Vitae) with notes like Lemon from Calibria, Mandarin from Sicily, Tonka bean and Gaiac wood, it’s fresh, light yet sensual like a second skin.

Always remember that layering is a trick to wear the perfume you already have, BETTER! This will extend your favorite Maison Francis Kurkdjian scent throughout your day, especially in our weather. 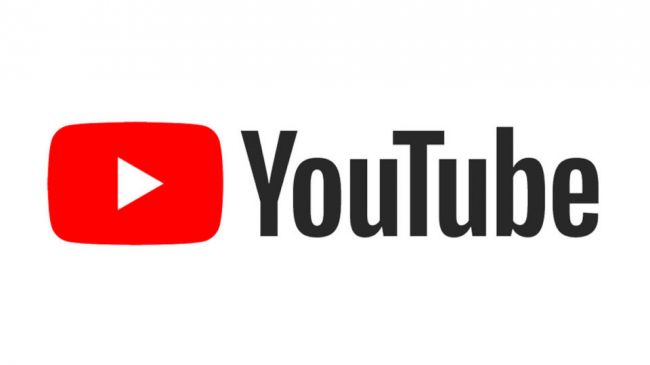